A sermon, based on John 1.1-18, preached with the people of Epiphany Episcopal Church, Laurens, SC, on the First Sunday after Christmas Day, December 30, 2018

In the beginning was the Word…and the Word became flesh and lived among us.

Around the world, wars and violent conflicts, competing and conflicting political, social, and theological ideologies tear asunder the fabric of nations, nearly too many to number, and the peace of the common good of manifold peoples. 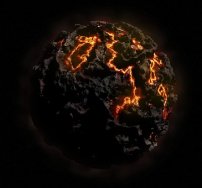 Amidst all this, which is not to say there is no good news, but rather to acknowledge that bad news always overshadows the human imagination and occupies our attention, we continue our Christmas celebration.

On Christmas Eve, we read Luke’s version of Jesus’ nativity. We heard about the Roman Emperor Augustus, his decree for a population census, Mary and Joseph, their journey to Bethlehem and the birth of their baby, shepherds watching their flocks, angels appearing, announcing the birth of the Messiah, proclaiming, “Glory to God in highest heaven, and on earth, peace.”(1)

On Christmas Eve, I asked: What sense do we make, can we make of Christmas when, two millennia after Jesus’ birth, there is little peace on earth? On Christmas Eve, I proposed this reply to my question, in brief: That we, in response to the birth, life, and death of Jesus, become self-sacrificial in our doing, in our being love and justice for all.(2)

Today, this First Sunday after Christmas Day, still in the Christmas season, we read John, through which I will answer the same question in the same way, though from a wholly, holy different dimension.

Gazing into the infinite beyond, John speaks of the Word. In the Greek, logos. A nearly inscrutable concept, calling us, compelling us to throw our words at the Word in the hope that some of them stick in our effort to define it.

Logos. The divine wisdom and will, the origin and order, the sense and substance, the creative energy and eternal character of the cosmos!

Analogously, although impossibly, it would be as if each of us had one word that summed us up that to speak it would be to convey to others, comprehensively and comprehensibly, completely and understandably all that we have been, all that we are, and all that we will be.

This, John says, about God: “In the beginning was the Word!”

Astonishing as this is, John continues: “The Word became flesh and lived among us.” Divine wisdom and will, origin and order, sense and substance, creative energy and eternal character was robed in the garment of the material world whose name is Jesus. This is what Christmas celebrates.

And I do not believe that the Word of God, the Word that is God desires only to be with us, standing apart and distinct from us, admired and adored, even worshiped by us. As I read John’s gospel, I behold in Jesus a God coming to us, coming in us that we might be joined to, with, in God…

Therefore, the divine Word is enfleshed not only in Jesus, but also in us…

Therefore, there is no estrangement between heaven and earth, no separation between divinity and humanity, no war between the cosmic cause of creation and the daily course of the created order. This is what Christmas celebrates: “Peace on earth and mercy mild, God and sinners reconciled!”(1)

And, in a world of wars and violent conflicts, competing and conflicting political, social, and theological ideologies, whenever we, acting on our belief that we are the incarnations, the embodiments of God’s Word, reach out to others, to the world with hearts and hands of peace, then we celebrate Christmas!

Illustration: St. John the evangelist, Pompeo Girolamo Batoni (1708-1787). Note: I especially love Batoni’s portrayal of St. John the evangelist, pictured with an eagle, the traditional symbol for John. Among the four canonical biblical evangelists, Matthew, Mark, and Luke, John, according to Christian lore and as Batoni him, was youthful in appearance. Moreover, John, as he writes his gospel account, looks upward to receive divine inspiration and to gaze into the limitless cosmos, which his prologue (John 1.1-18) invites us to do.

2 thoughts on “On Earth, Peace”