(An Apologia: On February 2, 2019, I began to write and share in this blogosphere space my theological observations and opinions, using the word “random” to describe the almost accidental nature of their formation. For as “stuff” stirred in my head, largely, without conscious premeditation, I thought, wrote, and shared.

As I continue to think and write, having run (out of?) a gamut of comparative and superlative adjectives, I employ a more direct course. Thus, My Theological Opinion…) 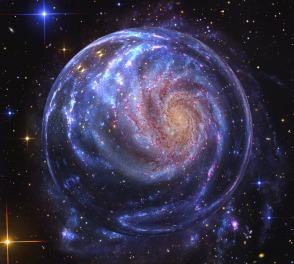 When theology(1) uses the word “creation,” generally, it is in reference to the relationship between “the world” (the historical realm of time in space) and God.

Moreover, theology contends that the world was and is made, created and continuing to be created by God through Spirit and Word.

In regard to the Spirit, the Genesis creation account tells us: In the beginning when God created the heavens and the earth, the earth was a formless void and darkness covered the face of the deep, while a wind from God swept over the face of the waters.(2)

Regarding the Word, Genesis tells us, repeatedly: Then God said, “Let there be light…a dome in the midst of the waters…waters under the sky (and) dry land…vegetation…lights in the dome of the sky to separate the day from the night…waters bringing forth swarms of living creatures (with birds flying) above the earth…living creatures of every kind…humankind in our image, according to our likeness.”(3)

To put this another way, the creation, the world exists because and only because God has called it into being and, daily, sustains it.

Still more, theology contends that though the creation is of God’s making and dependent on God’s preservation, the creation and God are not the same. The creation has an existence distinct from God and God from the creation. The world is worldly, not divine. God is godly, not worldly.(4)

Continuing the paradox, this does not mean that as God is good, the world is (must be) bad. For, as the Genesis creation account continually declares: God saw that it was good.(5)

However, a necessary element of the God-creation relationship is that God grants liberty (freewill) to the creation, surely, to humankind, to go its own way apart from the direction of the divine will.(6) So, it is that Jesus taught his disciples to pray: “Our Father in heaven, hallowed be your name. Your kingdom come. Your will be done, on earth as it is in heaven.”(7)

This raises the matter of evil and sin, necessitating a few (or many) more opinions.