Base, noun (one definition among many): A group of people that provides support for a political candidate or elected official. 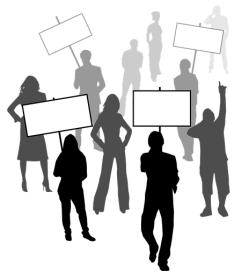 Base, adjective (one definition among many): Lacking or indicating the lack of higher qualities of mind or spirit; ignoble. 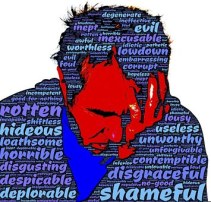 Myriad are the comments, whether of new commentators and talking-heads, political pundits, or average American citizens and whether on camera, in print editorials, or in casual or intense conversation and social media posts, regarding President Trump’s base of support.

Here, I repeat only a few that I’ve read or heard (and all, more than once):

“Trump must motivate his base to win re-election.”
“Trump’s base is unshakable.”
“No matter what he says or does or how, his base stays with him.”
“His tweets about (pick a subject or person) energize his base.”

Irrespective of one’s view of Mr. Trump, favorable or unfavorable and for whatever reasons, I ask: Cannot the observations about his political base of supporters apply to any other political candidate or office-holder? To name only a few:

Speaker of the House Nancy Pelosi?

In each and every case and to a person, yes, I think so. Our political system, among many elements, requires that a candidate – to be electable, even more, to be elected, still more, to win re-election – must have an established base of support.

And, given the inherent frailty of the human condition, no one’s hands are entirely empty of wrong, no one’s heart is wholly pure of deceit, no one’s feet hath been formed without the crumbling clay of human weakness, and thus, no one’s historical slate is without the blemish of personal failings in judgment or lapses of integrity.

Therefore, all political bases (that is, the supporters) need compensate for the imperfections of their candidates or elected officials; at times, casting the proverbial blind eye on their flaws hidden in plain sight.

Therefore, it seems to me, that, inherently, instinctively, all bases are base. (Yes, that’s an overstatement, thus, false in its fullness. Still, I consider it a clever turn of phrase.) What I mean is that all bases bear an element of baseness; that is, something not quite honorable, noble, righteous, upright.

That’s worth remembering, I think, especially in these days of heightened, heated political invective when political opponents and their bases readily point fingers of denunciation at “the other.”