Walking through the storm, her face stung, pelted by fierce sheets of rain and a random shard of sleet, she approached the line that separated them; one made bold, inerasable, incapable of being washed away, rigid and firm with stones, some small, some large, all perched one upon another, reaching a height tall enough to make it hard for them to see each other. 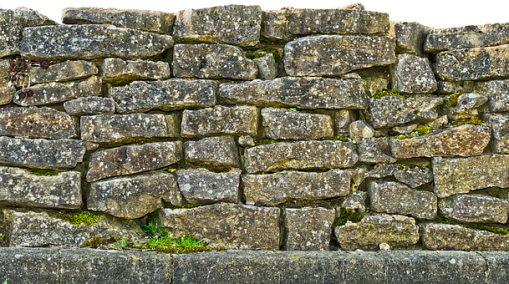 But just as the wall was there (long in place and long before she moved there, though that, too, was long ago), she believed and, so, she knew, as improbable as the notion seemed to her, that her neighbor was there, always there…

Wishing, wanting, willing that no stone fall from its place…

And if one did (as stones, by virtue of the constant, if oft imperceptible, shifting of the earth beneath coupled with gravity’s ceaseless power, have a way of doing), being sure to replace it. Thus, assuring that there would not be (that there could not be) a breach that might allow someone or something from the outside in or from the inside out; for, then, what good would it do, what good would it be to have a wall?

Yes, she believed, so, she knew that her neighbor was there; who, because of the wall, never was a neighbor, rather always a stranger.

That always made her sad. And mad. Sad and mad enough that, finally, after praying over the matter, she decided that she could live no longer, but would rather die with her neighbor being a stranger. (To be so close always, yet so far away always was like death anyway.)

As she believed, so, she knew that her neighbor, the stranger was there, always there – waiting, watching, wishing, wanting, willing for no stone to go falling – she came.

(She could have waited for a bright and cloudless day, for then they could see more clearly, talk more freely, and hear more easily. But weather be damned! This – being always so near, yet always so far, being neighbors, but truly strangers – was like death. Thus, bad enough that something, anything had to be done, it had to be done now, even without the light and warmth of the sun!)

Reaching and placing a hand on the wall, under her breath muttering, protesting its very presence, grumbling too, about her neighbor, the stranger, she stood on tiptoe and saw the top of her neighbor’s, the stranger’s head.

“Hello!” she said, yelling, yearning to be heard over the wind’s yowling.

Surprised that her neighbor, the stranger replied and didn’t make a hasty retreat, her heart skipped a beat. Suddenly at a loss for words, she stammered, “I…I…I came, um…to talk with you…uh, about…about…”

“I’ve been here. Always. Since the day you moved in, though, now, so long ago. I’ve been waiting, watching, wishing, wanting, willing for you to come. I’ve been wondering if ever you wondered, too, whether you’d help me take down this wall that gets in our way, that keeps us at bay, that won’t let us be neighbors, for I cannot do it by myself. Will you help me?” 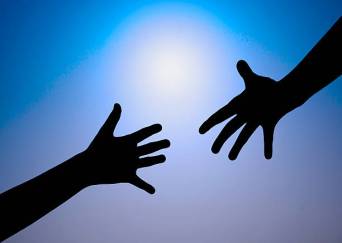