Subtitle: An imagined personal reflection by Simon of Cyrene on that first Good Friday-Easter Day triduum

The soldiers compelled a passer-by, who was coming in from the country, to carry Jesus’ cross; it was Simon of Cyrene (Mark 15.21a) 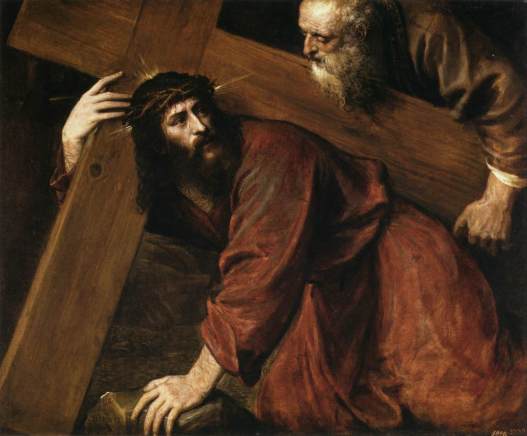 I came to town.
Not any town,
but that town,
the town.

I, a Jew of the Diaspora in Cyrene,
northern Africa,
took flight on foot,
journeying nearly 1000 miles,
o’er many a day and night,
to Jerusalem to celebrate our people’s, my liberation
through our annual commemoration of the sacred story of emancipation;
our Passover, under Moses, the Divinely-appointed right-hand man,
from bondage in Egypt,
and the inauguration of our trek to our God-Promised Land.

Yet, there at the gate, I was met by an armored mob,
an army, a loud-braying band shepherding,
whilst beating and berating
one Man,
a Lamb,
His brow bruised
His body battered and bloodied
yet, in His sorrowed eyes,
I beheld His Spirit unbroken

‘twas one of execution,
I someway knew,
for a debt this Man owed not,
His life to live, to give as token –

too heavy for Him,
He bowed under
brought to the ground,
was laid on my shoulders.

And then I followed him to His death.

And, now, on every fateful day of my life thereafter,
I faithfully follow Him still,
and all because three days after
that dreadful day He died 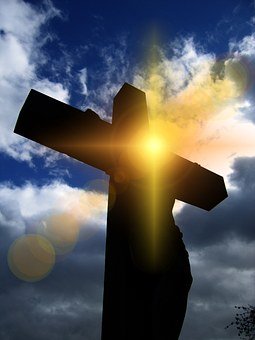 Illustration: Christ and Simon the Cyrenian, Tiziano Vecelli (aka Titian) (1488-1576)